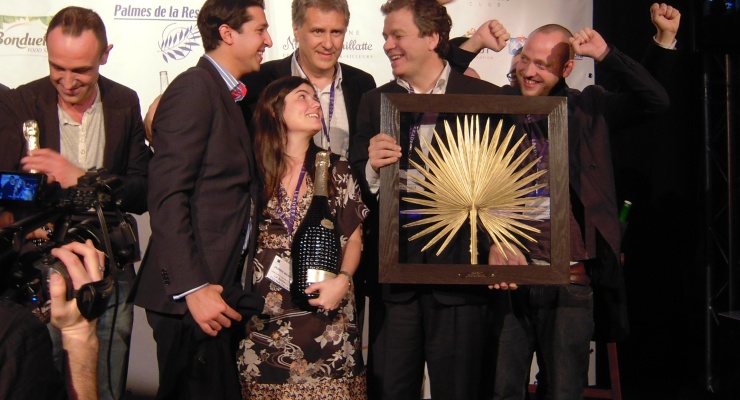 It was during the Omnivore Food Festival in Deauville (France) that more than 600 International professionals from the Foodservice Industry voted for their INTERNATIONAL GOLDEN PALM 2011: LA BARACCA – CUCINA ITALIANA.
On Monday, February 21st 2011, the Nominees concepts were presented in videos by their creators on the stage of the CID (Centre International de Deauville).
Then the party started at the Hotel Royal Barrière of Deauville, where the Awards Ceremony took place.
France was present as well on stage with PB2 who won the SILVER PALM, and Germany again for the BRONZE PALM with KITCHEN GUERILLA.